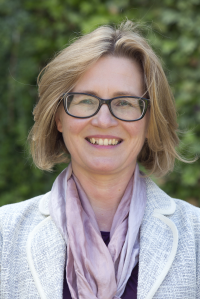 The second half of our interview with Sharon Redrobe, CEO at Twycross Zoo. (Missed the first? Take a look here!) Sharon holds a personal appointment to the UK Government’s advisory body on zoological matters (the Zoos Expert Committee), and is a Secretary of State-nominated Zoo Inspector for England. In addition to this, Sharon serves as Chair of Trustees for Ape Action Africa, a rescue centre for chimpanzees and gorillas in Cameroon. We spent thirty minutes with Sharon to discuss her experiences progressing through her career right up to her current position as CEO.


This is the second half of our interview with Sharon. To catch up on the first instalment visit our Women in Industry Hub.

Have you faced inequality during your career & how did you deal with it?

The mistake I made early on was treating sexism with humour and fitting in as one of the boys. It didn’t make it any better and I was ashamed of it. When another female joined the team she took me aside and asked what I was doing. It was a great wake-up call for me, it was a moment I will always remember. I understand why people do it, mainly for an easy life and while I respected those guys and some of them are still my friends, they didn’t understand that cracking crude jokes is inappropriate. It just sends all the wrong messages even if you brush it aside, it’s just not okay!

What I’ve learnt is, in the nicest possible way, always challenge inequality. It is difficult because you don’t want to come across as hard, negative, grumpy, a man-hater or all those horrible things, but they’re discriminatory terms used against women that challenge. I’ve had loads, often benign (though it’s never actually benign) comments. It’s those dad-type comments that aren’t meant nastily, but does bring you down. It slowly chips away your confidence or puts you back in your box. It still happens even at my level.

I was once in a board meeting which I timed, because every time I spoke, a man interrupted me, and I’m quite vocal and dominant and yet every time they interrupted me. We went around the table a few times with our views on the issue, and the first time round they missed me out entirely. The second time I had to jump in and someone actually said ‘We can always count on Sharon to jump in’. I told them I’d been missed out on the last cycle, and questioned if they’d noticed. They were forming an opinion of me being dominant even though I’d spoken less, because as a female I’m perceived as dominant, but actually I’m not even getting as much airtime as a mid-dominant male. It’s really interesting, but people don’t see it. I was being really meticulous, tabbing the timings on my phone. I was talking for fewer minutes than the others, but their perception was skewed. And it’s happening to all of us, we’re saying ‘Oh could I ask one question’ sheepishly, but look at all the guys! A shy guy probably gets more airtime than you.

I think we’ll know we’ve achieved equality when a mediocre woman gets a top job. It sounds horribly defeatist, but there’s plenty of mediocre guys getting the top jobs, and it’s only the women who are really pushing and working incredibly hard that are getting to the top. There’s so many men in senior management and at board level that the mediocre guys can hide, where mediocre women in the same position would be under intense scrutiny.

Do you have any specific advice for women who want to balance a career and family?

Just do it and don’t moan. I meet people who complain that they had to make a choice between having a child and career. Did you? You made that choice, so good for you, but you made the choice. On the flipside if you have kids and only want to work 30 minutes a week, you’re not going to be promoted. Somebody else, of whatever gender, doing more will get that promotion.

When I say ‘have it all’ I’m not saying you can take loads of career breaks and still have the same career stretch, of course you won’t as it’s a numbers game. But to iron it out we need to consider why guys aren’t taking the career breaks. And if you take a career break for children, it shouldn’t mean your career is over, and organisations and managers should be able to get their head around the fact you can come back.

Do you have any practical tips for women wanting to challenge inequality?

Try and challenge it even if you joke back – e.g. “I think that’s inappropriate, don’t you” or “No, I’m not making your tea”. Do it in a jokey way if you want, to diffuse it, but just do it. If you’re shy, don’t take it lying down. You can talk to HR, and good HR teams are usually chomping at the bit to offer courses for this kind of thing, but there needs to be ownership and drive higher up the organisation. There are lots of organisations trying to modernise and they know this is going to be an issue. Be part of that change.

Going forward, more management training should touch on the workplace psychology and intrinsic differences between genders, so we can educate ourselves about the personalities and behaviours of different men and women.  We need to acknowledge the clear differences that exist between the sexes, of course men and women are different. However, we shouldn’t all try to be the same to close the gender divide at work and we should all know how to manage each other as we climb the ranks.

Are there any particular pieces of legislation you’d like to see or are keeping an eye out for?

It’s coming already, we’ll have to start reporting the gender balance in our organisations. I think that’s a good start, because it’s all very well to talk about the gender balance at board level, but that’s esoteric to most people. Organisations need to start looking at their balance at different levels and reporting, only then will it be glaringly obvious that they have a talent pipeline problem, and a recruitment problem, and a selection problem. You can’t fix a problem before you measure it, and we’re not measuring it yet. People aren’t being made to measure it. I think that will be really useful, as it will be name and shame. Good companies will start to compete and will want those metrics to look better than they are now, and that will catalyse change.

A huge thanks to Sharon and her colleagues Amy and Kelly for their support and time to arrange the interview, and for the fantastic insights you have offered into your career.

For further resources and interviews, please visit our Women in Industry series homepage. If you have any comments or would be happy to be interviewed for further instalments of this series, please get in touch with us at: womeninindustry@apex-recruitment.co.uk